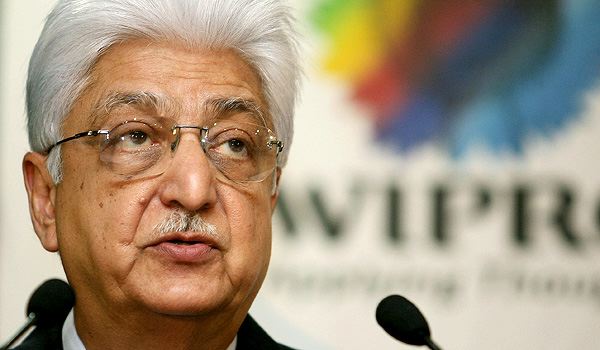 The Living Corporation
Reflections on a new corporate philosophy

Last week, there was debate on whether for-profit businesses should be allowed to establish schools. During the debate, I was surprised by the strongly negative view that many people in the social sector have of corporates. Since these opinions were expressed by people I respect, I felt compelled to reflect on the nature of the modern business corporation.

Today’s corporation exists primarily for one end: to maximise its economic wealth. In that sense, it is a self-centred entity. Why then does society encourage such a form of enterprise? One, because of the belief that society will regulate corporations through consumer behaviour, competition and policy. This implies that only corporations that adopt socially beneficial means will succeed economically. Two, in essence the corporation is only a mechanism to channel people’s money (through equity and debt) into products and services that people want (e.g. mobile telephony).

However, an objective observer will notice that this has not always been the case. For instance, though consumer demand affects corporate choices, corporations seem able to influence consumer behaviour as well. The market for cigarettes, plastic bags and ring-tones immediately come to mind. By forming industry associations, corporates are able to influence government policy. Also, the corporation is no longer a people’s mechanism, for the small investor becomes anonymous in the vastness of the capital market, and the end consumer becomes a mere statistic in market research.

You might be wondering why I am highlighting these issues now. It seems to me that growing social inequity combined with the dangers of global warming, if unchecked, will fundamentally change the face of human society over the next few decades. I believe corporations can play a significant role in averting this impending upheaval. Further, if corporations do not rise to the challenge that society faces, it is inevitable that the social licence it operates on today will be withdrawn. Let me elaborate on this hypothesis.

People tell me that contemporary career aspirations, such as a software engineer’s job, are a reflection that today’s youth has become selfish and materialistic. But I feel such simplistic opinions hide a deeper reality. Over the past two decades in India, society seems to have chosen to align itself with the modern business corporation. This alignment – which manifests in the form of career aspirations, consumer choices, social opinion, government policy, etc. – has not happened by accident. It reflects a conscious choice made by society in favour of free markets, and I believe that any such collective societal choice is always made for the common good. In other words, society today trusts that it might find redemption in the ‘greedy’ corporate system.

In case you are wondering if I am pushing the envelope a little too far, history might support this hypothesis. I remember back in the 1960s and 70s, not many people were interested in working in the private sector. Most talented young persons you spoke to then would have ambitions of joining the civil services. This was a reflection of the trust that society placed in the government; a belief that good governance could alleviate the problems of the common man. In contrast, middle class Indians today choose to minimise their interaction with the government system, which they feel is riddled with graft and incompetence. You will find few people today who believe that the government can resolve fundamental social issues.

Similar parallels can be seen elsewhere. For instance, the trust that society placed in organised religion in Europe centuries ago; or the belief in the communist state in Eastern Europe. And in each case, history tells us that just as society places trust in a certain system, it might also choose to withdraw that trust. The structures of the church and the state have lost the relevance they once had in the mind of the common man; I call this losing social licence.

Therefore, every corporation is responsible for making society more just, equitable and sustainable.  To me, this is the basic idea of corporate social responsibility. But already it seems to me that corporations, rather than being a solution, seem to have become a part of the problem. Today, corporates have become powerful enough to manipulate their environment to satisfy their personal ends. If this self-centred worldview that corporations possess does not change, I predict that the modern business corporation too will lose its social licence, and become less relevant in the decades to come.

People inherently want to live a purposeful life, and it is inevitable that any collective human effort will always have the potential for goodness within it. I have worked in Wipro all my life, and having known the organisation and its people intimately, I realise how true this is. This is where my belief in the corporation is rooted. I believe that the modern business corporation is quite unlike any of the large structures that society has seen in the last two millennia. It is not one monolithic behemoth like monarchy, organised religion, or the bureaucratic state. Rather, it is a collection of thousands of corporates working within larger processes of social and self-regulation. Also, it is by nature a self-critical and reflective organism.

The corporation therefore is not a parasite, but a powerful social idea. But for this idea to properly express itself, the corporation needs to revisit its fundamentals, both of perspective and purpose. In perspective, it needs to view itself as an integral part of the larger social and ecological system. This means it will have to destroy the idea that everything that exists is a resource for it to further its own ends; the corporation is not an end in itself. This perspective will then be reflected in its purposes. Its purpose will now be to create wealth – economic, social and ecological – not only for itself, but also for the larger system that it is part of. When a corporation creates this virtuous cycle, it will become a living corporation.

Please bear in mind that this is not a distant ideal, but a very real possibility. I can say this with confidence because Wipro is walking this talk. For the past few years, we have been striving to change the grain of our company. We have revisited our core values, initiated social action in education, and begun efforts at becoming ecological sustainable. This is not to say Wipro is an ideal, but I am certain we are on the right path. And we are not doing this because we are romantics, but because we are realists – we realise that we have no other choice. Neither does any one else.

My hope is high, and my fingers are crossed. Let us see which way the levee breaks.

Note: This piece is from personal archives; the original date of its publication is unknown – it’s possible that it has never been published online earlier.

2 thoughts on “The Living Corporation: Reflections on a new corporate philosophy”