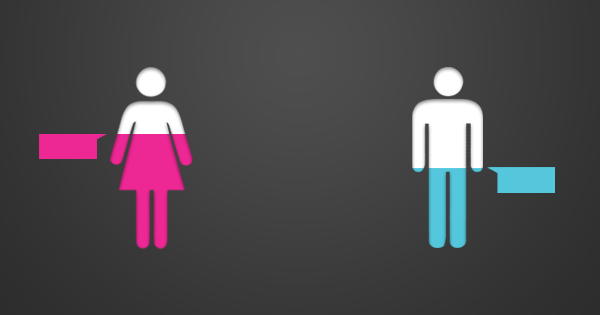 Reading Social Interaction and Everyday Life (Giddens, 2005), one comes across the sentence: “It has been suggested that gender relations in modern societies are becoming more equal. If this is so, then there should be signs of such growing equality in the everyday non-verbal behaviour of men and women.” (p. 257).

That’s an interesting proposition; but it also set me thinking in a slightly different direction – it would be interesting, I felt, to understand how men and women have been portrayed in literature through the past few decades, and if their portrayal has changed over-time; as literature is often taken to reflect the “cultural norms and values, the ethos and stresses, as well as the overall historical development of a society/culture.”

However, since the data for ‘how’ would be quite difficult to collect and analyse; I pared it down to ‘how many’ (mentions) for a quick analysis – i.e. considering that the ratio of male to female in most societies is roughly 50:50 (of course, with notable exceptions like some of our states in India), I hypothesized, that the number of times that the words “man” and “woman” should appear in the literature of any ‘equal’ society over a period of time should also be roughly the same. Also, considering that most societies, (as is often believed), were less equal earlier and are perhaps gradually becoming more equal – my second hypothesis would be that the inequality in the number of mentions would be greater in the past decades and it would slowly come down as we approach the present decade.

Here is what I found (based on the books that have been digitized by Google that were published in US from 1800s to 2000s – the total number/corpus analysed is thus tens of thousands of books):

What the graph shows is that, in the decade of 1810, for example, the word ‘man’ was mentioned almost 10 times more often than ‘woman’ in the American literature; in the 1900s it had come down to 5 times and by 2000s it seems to have come down to ‘twice’.

There are, clearly, limitations in the data and its brief analysis – but the overall trend does seem to be fairly consistent and positive, other than the 30-years exceptional period between 1930s and 196os, post which there seems to have been a precipitous drop (which is not to ignore the still existing gap!).

Could the exception have been caused by the impact of World War II (1939-45) and the preceding Cold War, on American society and literature?